Headed up to Sydney for a work trip and booked a late flight home on the Saturday, so I thought I'd do a little bit of plane spotting at the beach. The smoke and overcast conditions made for some interesting backdrops, but I did the best I could do. 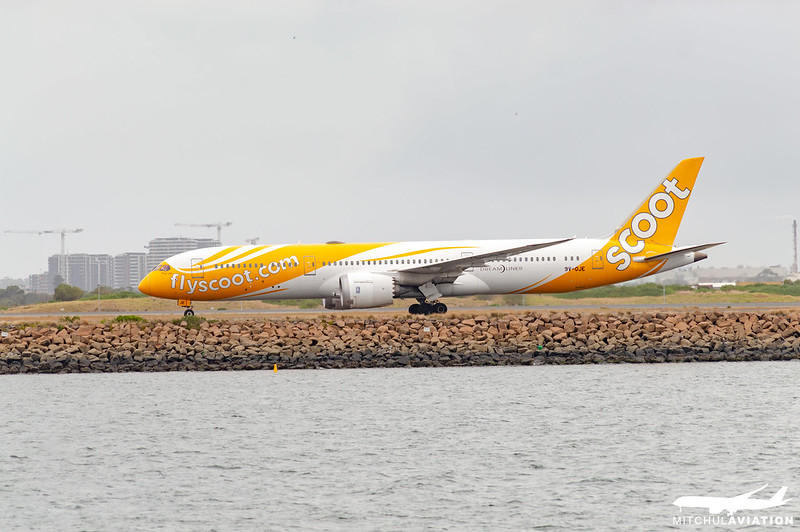 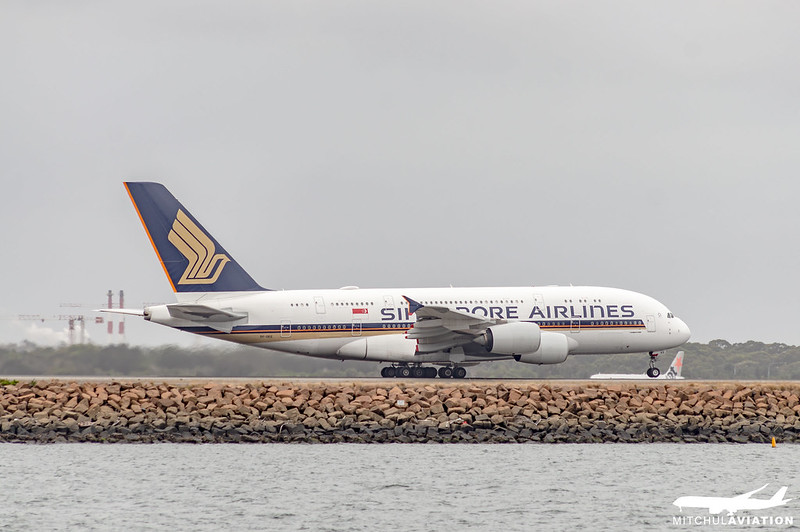 Passing it's low cost cousin, this SIngapore Airlines A380 takes off on 34R headed to Singapore. 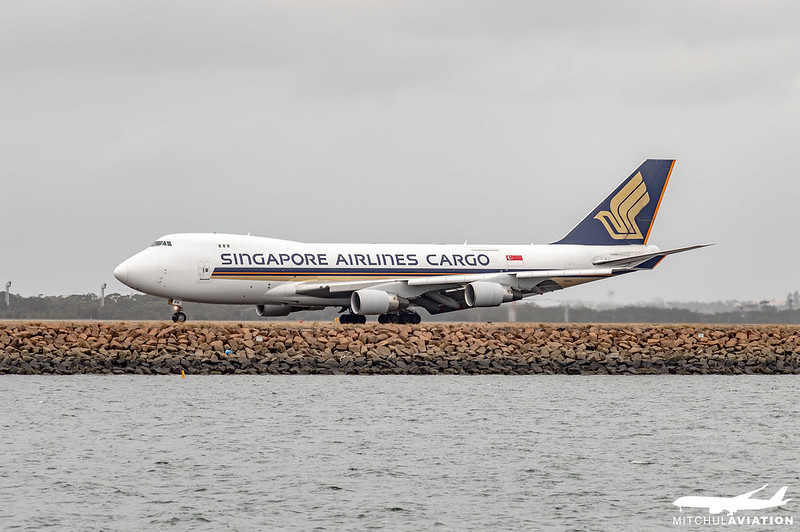 Closing the tri-fecta of Singaporean aircraft, this Singapore Airlines Cargo 747-412F lands on 34R from Signapore. 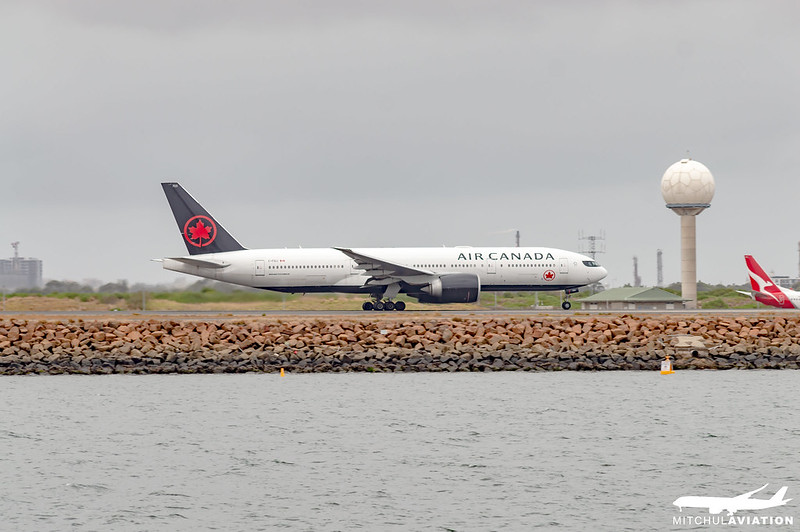 Shooting off to Vancouver is this Air Canada Boeing 777-200ER. Airlines have started scrapping their 777-200ERs in favour of larger aircraft. 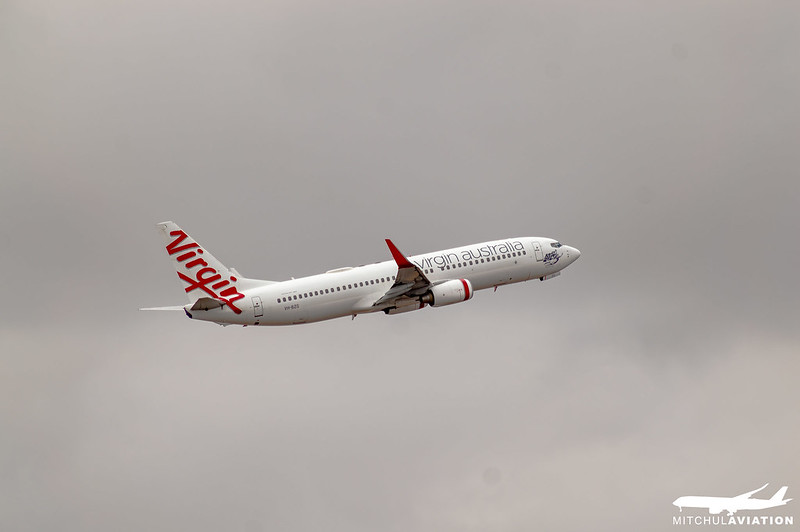 In between the array of international jets, Virgin Australia's VH-BZH (Boeing 737-8FE) jets off to Adelaide. 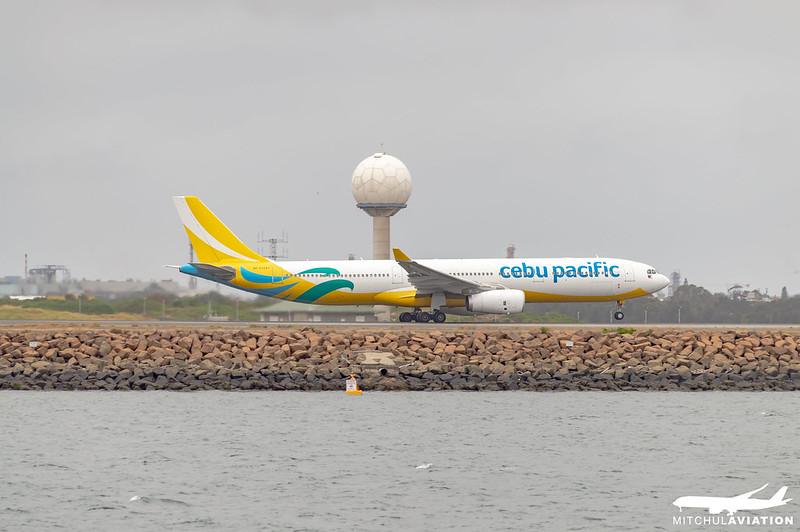 The Rolls Royce Trent 772Bs of this Cebu Pacific A330 powers the aircraft down 34R bound for Manila. 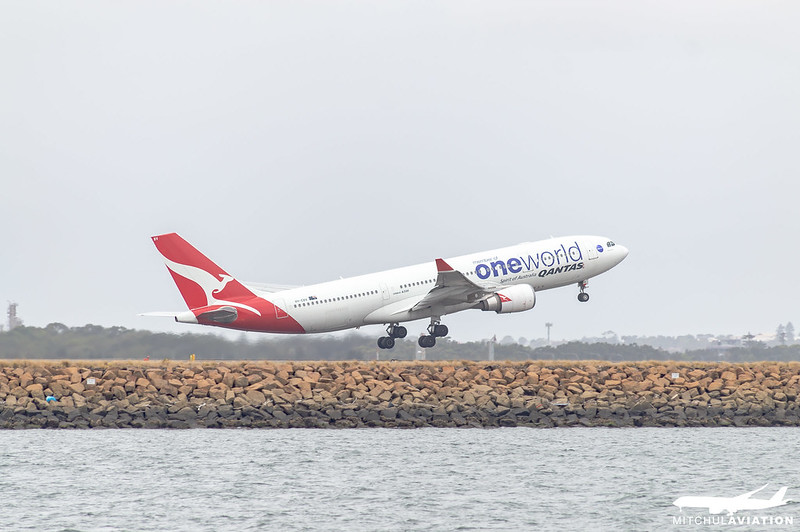 Flying the colours of the oneworld alliance, this Qantas A330-200 follows the Cebu Pacific aircraft to Manila. 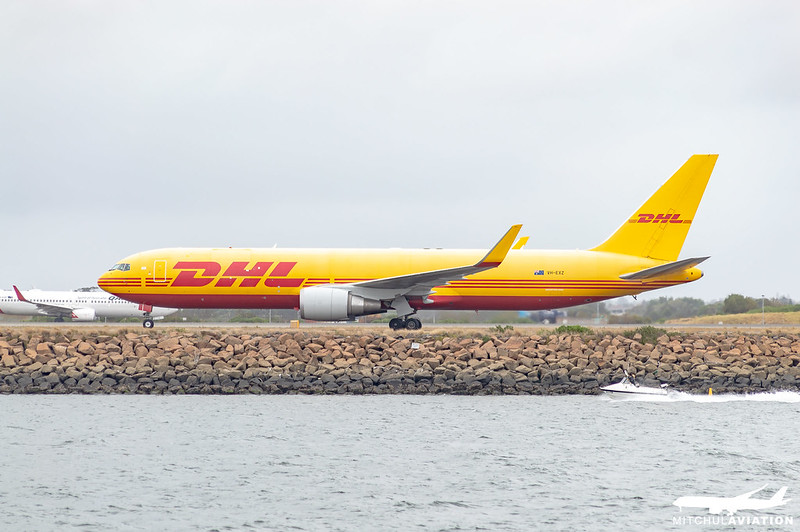 This Tasman Cargo Airlines 767, one of only two 767s still flying a VH tail, taxies along Alpha from Auckland. 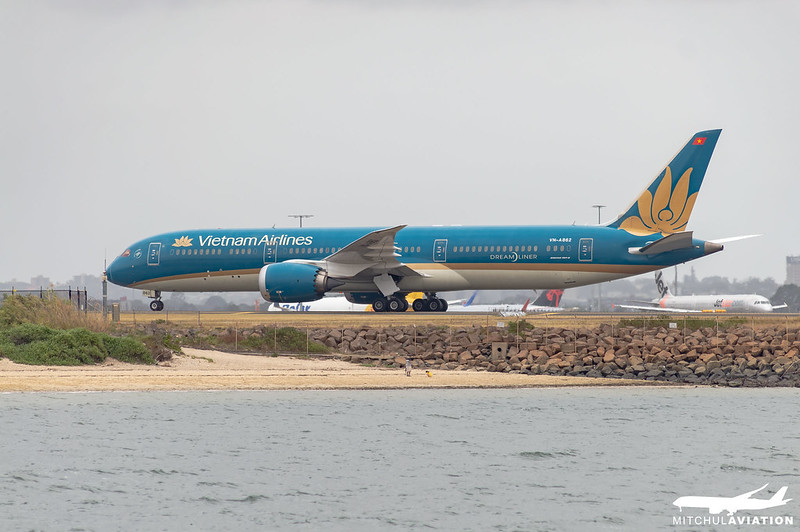 After touching down from Hanoi, this Vietnam Airlines 787 taxies across the M1 Motorway. 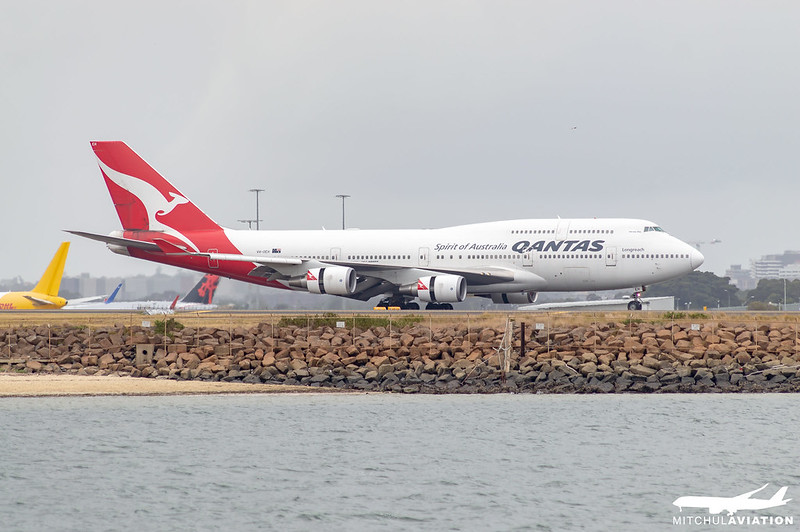 Touching down after operating some maintenance flights over Sydney, Qantas' VH-OEH (Boeing 747-438ER) lands on 34R. OEH is one of only six Boeing 747 aircraft left in Qantas' fleet. 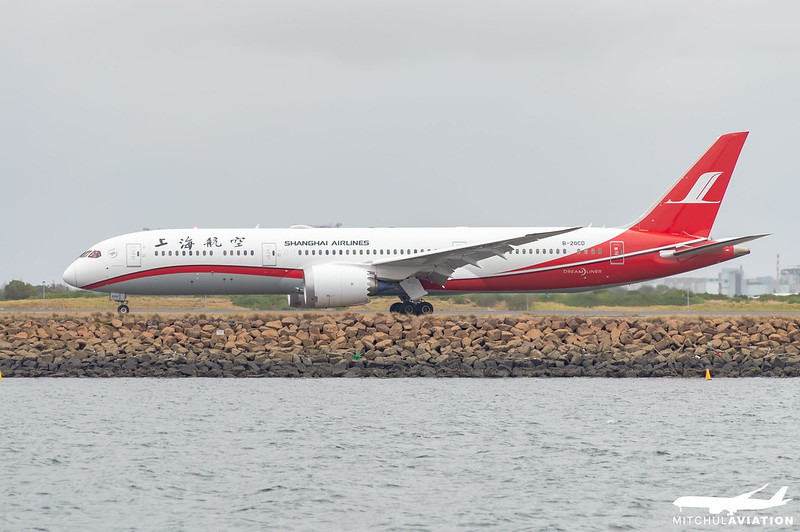 Operating for China Eastern Airlines, this Shanghai Airlines Boeing 787-9 Dreamliner taxies on the final part of it's flight from Shanghai. 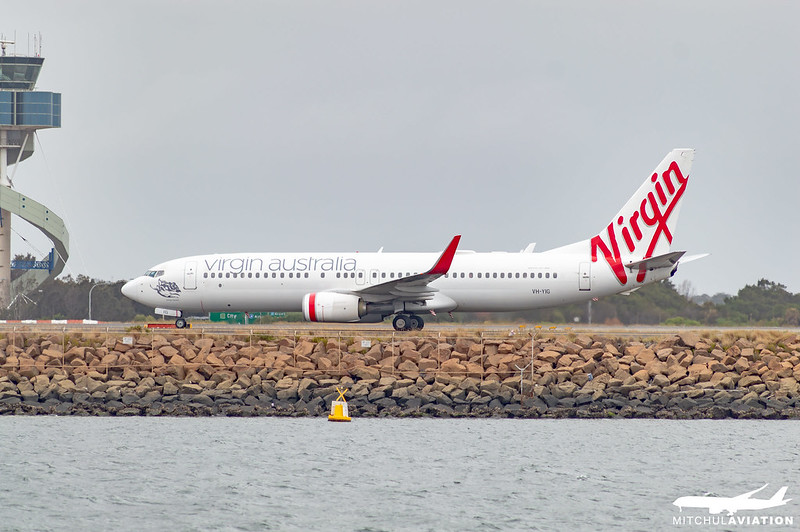 Virgin Australia's VH-YIH (Boeing 737-8FE) cools down after crossing the ditch from Queenstown. 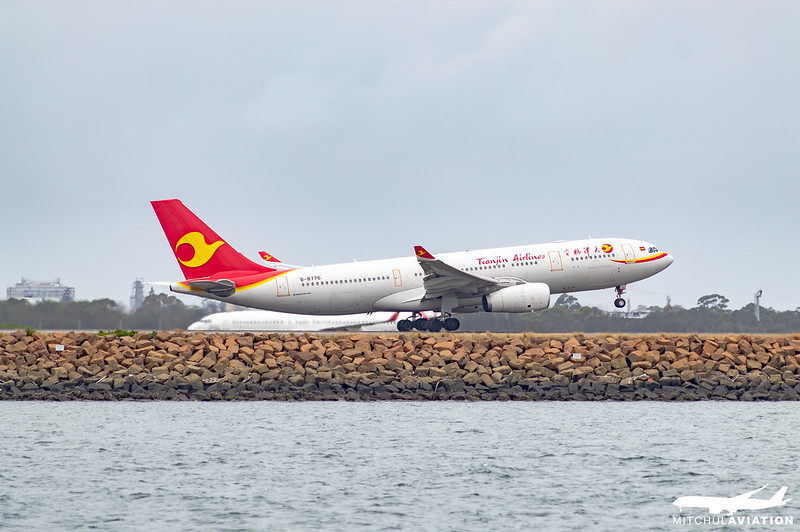 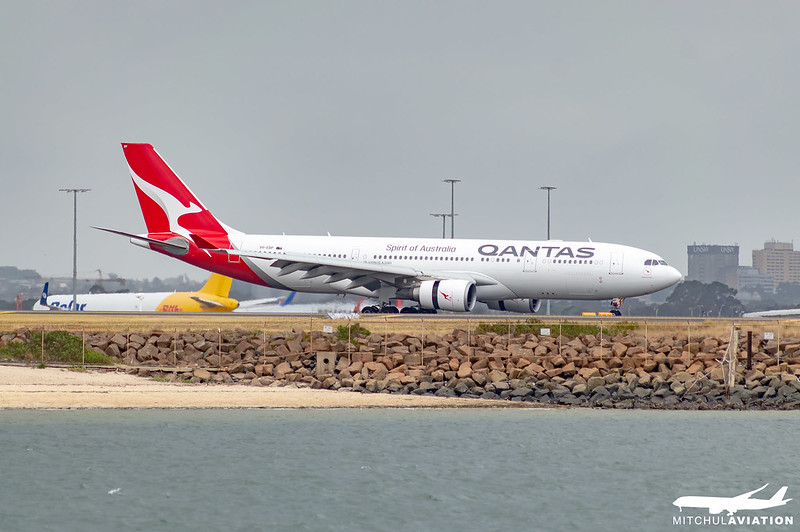 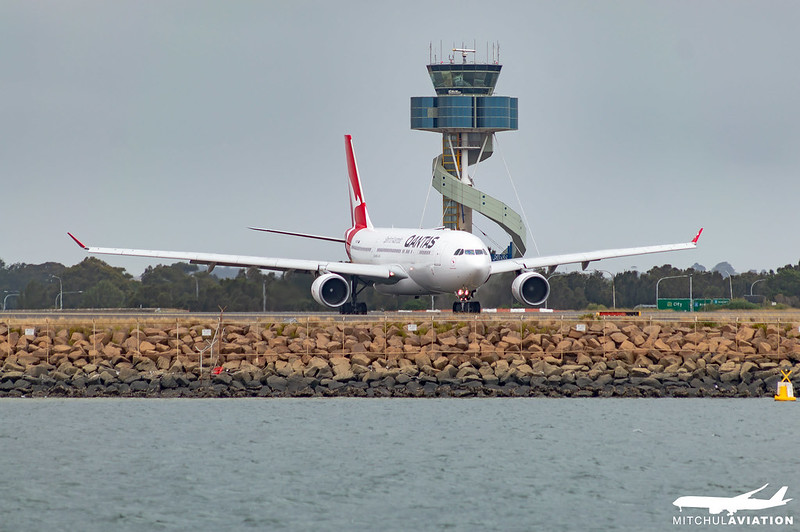 Qantas' VH-EBP (Airbus A330-202) taxies onto Alpha-4 after landing from Beijing. 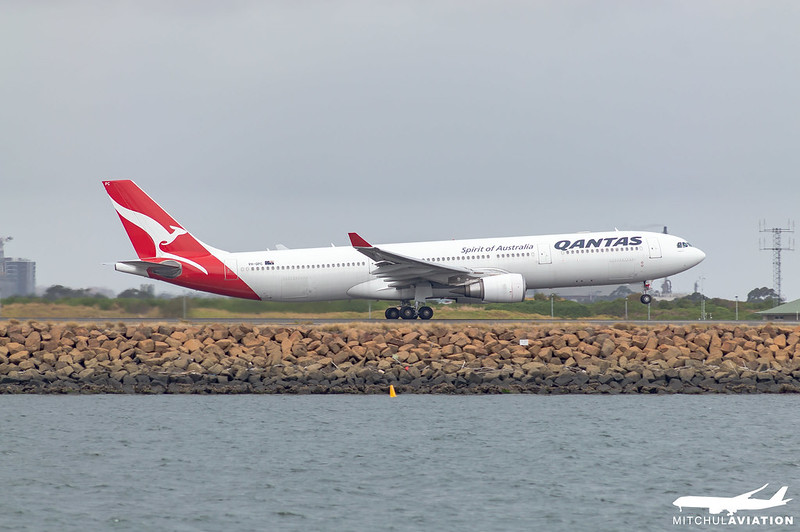 Meanwhile, Qantas' VH-QPC (Airbus A330-303) rotates on the outbound flight to Beijing. 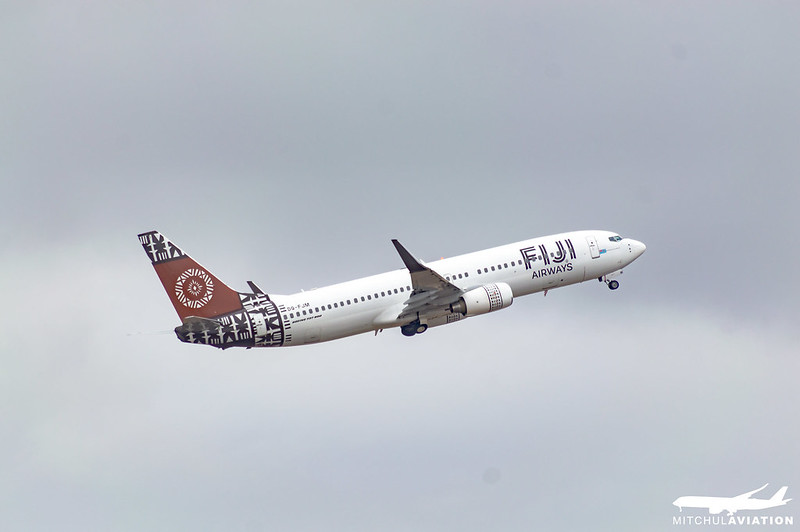 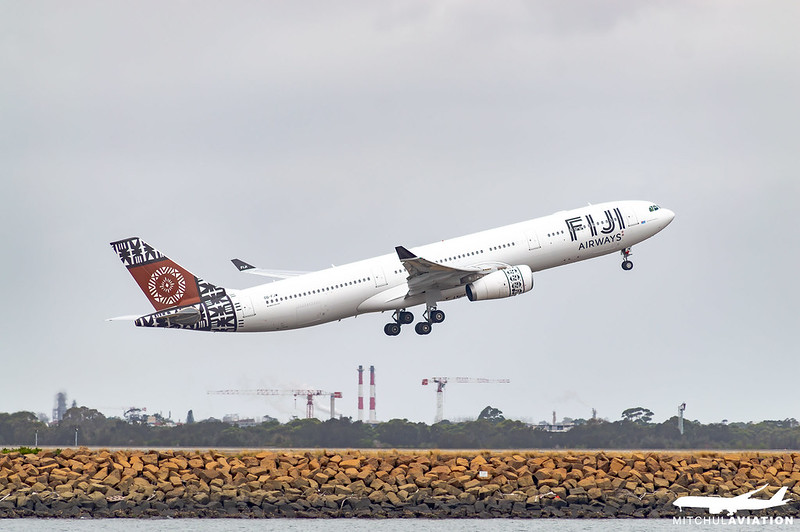 For an airline we generally only see at night in Melbourne, there were two flights that departed within forty-five minutes of each other. Fiji Airways' DQ-FJM (Boeing 737-86J) and DQ-FJW (Airbus A330-343) depart 34R bound for Nadi, Fiji. 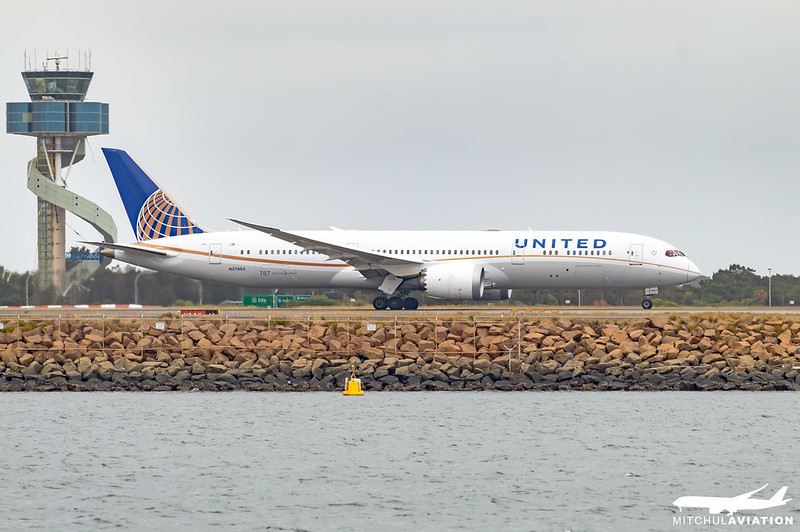 One of the many flights from the east coast to the United States, this United Airlines Boeing 787-9 Dreamliner rotates off to San Francisco. 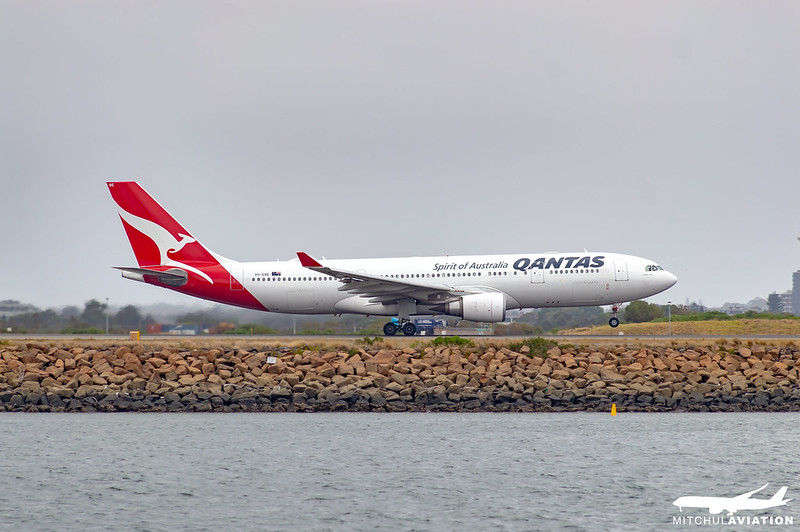 The baby of the Qantas wide-body fleet, this Airbus A330-202 lifts off bound for Jakarta. 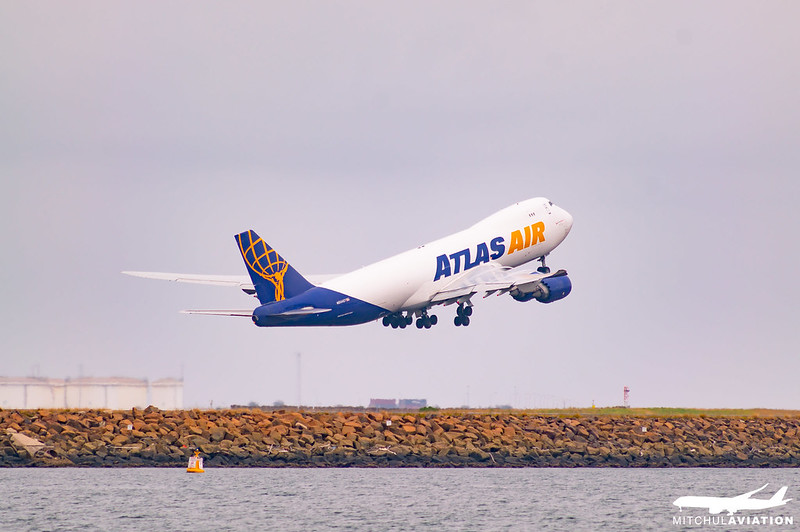 Operating purely for Qantas Freight is this fancy new Boeing 747-8F owned by Atlas Air roaring off to Chongqing.

As always: questions, comments, criticisms and queries are always welcomed.

Re Fiji Airways. A day earlier and you would have captured their new A359 DQ-FAL on its delivery flight via Dubai. I believe was at Brisbane 21/11 and Sydney 22/11.
Top

Ah - yes I did see that. Disappointed I missed it!

The Air Canada -200ER beats the the 767s they used to use. Had top stop of in Hawaii halfway through the flight for a refuel. They have some 789s in the fleet but fly those into Brisbane.

Normally gets into YVR around 7:30 local.

A very long day for me involved a red-eye out of Adelaide (so up at 3am), Onto the Air Canada flight to Vancouver the customs and immigration before getting back on to the same aircraft heading for Toronto and then a two hour drive (which seemed to the longest part of the trip).
Top

Hmm the One World Quaintarse livery. Wouldn't be to do with Alvin Joyce's left wing political agendas? The left believe in one world government. I wouldn't be surprised.
It looks awful too.
Unapologetically hate attention seeking bus pax.
Top

Swift wrote:Hmm the One World Quaintarse livery. Wouldn't be to do with Alvin Joyce's left wing political agendas? The left believe in one world government. I wouldn't be surprised.
It looks awful too.

You're very funny and clever, but no, that's the name of the airline alliance they're a part of, and it was founded before Alan Joyce was the Qantas CEO.
Top

To expand on Busrider’s post, oneworld was co-founded in 1999 by Qantas, British Airways, American Airlines, Cathay Pacific and the now-defunct Canadian Airlines, with numerous airlines including Japan Airlines and Qatar Airways joining later on.

I really don’t understand how left-wing agendas fit in with a global airline alliance.

CR1181 wrote:
I really don’t understand how left-wing agendas fit in with a global airline alliance.

CR1181 wrote:
I really don’t understand how left-wing agendas fit in with a global airline alliance.

No accounting for taste.
Global one world government without nations. This sign fits well with a man who openly advocates companies pushing political causes.

The aim of oneworld is to give passengers a streamlined journey by allowing passengers to transfer between partner airlines easily. It has nothing to do with advocating one global government.

It’s not the only airline alliance either. There’s also Star Alliance, which Ansett Australia was a member of until their collapse, and SkyTeam as well.

Plus there are other, smaller alliances in the world.


Sent from my iPad using Tapatalk
Not afraid to express my opinion.
Top
Post Reply
11 posts • Page 1 of 1